Ethiopia has denied that its troops are targeting civilians during its military campaign to quell rebellion in the northern Tigray region. Ethiopian forces say they are continuing their advance, but Tigray's leaders say its troops have been fighting back.

Schools in New York city will close temporarily on Thursday, eight weeks after they re-opened. Officials fear that a second wave of coronavirus has arrived in the city. Pupils will be schooled remotely.

The Trump campaign is seeking a partial recount of votes in two counties in the state of Wisconsin, which president-elect Joe Biden is projected to have won. They alleged the absentee ballots were altered and improperly issued and Voter Identity Laws were sidestepped. 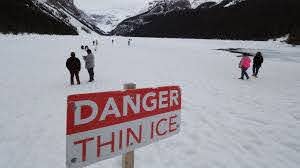 Rising winter temperatures in the northern hemisphere have been linked to increased levels of death by drowning. Researchers say the winter ice on lakes and rivers is becoming thinner due to global warming. During warmer winters, death by drowning is five times higher.

And Yazidis religious community in Iraq has enthroned its new spiritual leader. Hundreds of members of the community attended, as Ali Alyas was raised to the rank of Baba Sheikh in the great temple of Lalish in northern Iraq. The Yazidis suffered intense violent persecution by the Islamist State Group.